My granddaughter Chloe is a voracious reader who is never happier than when she is comfortably sitting on the sofa with a good book in hand. Last month, after I bought her a book called The Sisters Grimm by Michael Buckley, I listened as she began laughing out loud time and again while reading it. (The Sisters Grimm is a story about two orphaned sisters who, after discovering they are descendants of the Brothers Grimm, must defeat a rampaging giant and discover who set him loose. Could it have been Mayor Charming {formerly Prince Charming}, the Three Not-So-Little Pigs, or a giant-killer named Jack who is currently working at a Big and Tall store?)

So, when I learned the book was just the first volume in a series of nine, I decided to buy the entire set for Chloe’s twelfth birthday. After she finished reading the last book – in less than a week - Chloe turned to me and said, “I hate when I finish a book.” 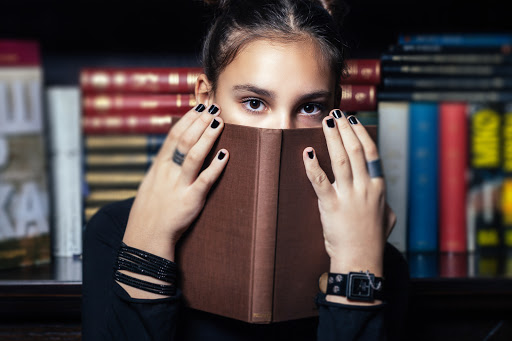 "I know," I agreed. "Doesn't it feel as though you'll never find another as good as the one you just finished?"

“But, of course, you will,” I said. “It just takes a little while to get into a new story. At first, I really disliked the book I’m reading now,” (which is Deacon King Kong - a story that can also make you laugh out loud - by James McBride, who wrote The Color of Water). “But I stuck with it and now I find I’m really enjoying it.”

But it is true. Finishing a book is a little like falling off a horse. You just have to get back up and start reading again. Which is why, after that conversation, Chloe and I headed for a local bookstore where she found three new books to her liking.

There is not a better feeling, I think, than spending a day with my granddaughter, each of us with a book we wish would go on forever.

Dear Elvis, a story about love and loss, is available at amzn.to/2uPSFtE