A Book and A Break

Although I normally write memoir, I thought I would try something different today:

Anna slid into a booth across from her friend and started talking. “I’m reading the best book,” she said because that was the way the two of them often started. “It’s called Olive, Again and it’s about a rather cantankerous old woman, a former schoolteacher, who lives in a fictional town somewhere along the coast of Maine.”


“I do, too,” said Anna, “But it’s not just about the woman. It’s also about her neighbors. There’s a different chapter devoted to each person, with Olive in the center or rotating somewhere along the edges.


“One chapter is about a woman named Cindy, who’s on chemo with a fifty percent chance of survival, although her husband won’t admit it or come to terms with it. And neither can the woman.” Anna stopped for a moment before continuing. “I mean, the woman knows she’s dying, and she’s scared.


“Olive, who always says what she feels and often catches people off guard, is sympathetic, telling the woman that she’s scared of dying, too. And that everyone is, and that, in fact, everyone is ‘just a few steps behind her. Just twenty minutes behind her.’" 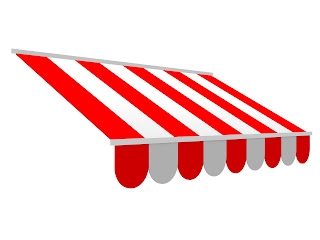 Anna stopped talking and looked around her. “I used to work at a restaurant just like this one.  During breakfast, I used to serve the same bunch of men every day. My regulars. Most of whom were service workers – linemen from the telephone company. And men from the electric and water companies. They all took their break at the same time and it was a real challenge serving them all at once. But I enjoyed it.


Again, Anna stopped talking. She looked out the window and then back at her friend. “Lunch was different though. Most of the time I had a different group of people every day. Except for the undertakers. There were two of them and they came in early – just after eleven – and always sat in my section. I’d take their order and, because no one else was around, I used to sit with them while their order was being prepared.


“And they were funny. Lord, were they funny,” Anna said as she tucked a lock of grey hair behind her ear. “The older of the two, Harry, wasn’t much to look at but he had a great, big personality – one that was probably wasted in his line of work - and an even bigger laugh,” Anna said, remembering his laughter.

“Anyway, one day they came in later than usual. Probably because they had a funeral that ran overtime. And there was a third man with them who was also an undertaker. I was busy when they arrived so I couldn’t sit with them. Harry introduced me to the third man, and I was about to take their order when the man looked at me and said. ‘I’m happy to meet you.’And then he said he was dying. He said he had an incurable disease.

“I was flabbergasted. I was taken aback and speechless. I wasn’t like Olive. It didn’t occur to me to say what she would have said – that we are all twenty minutes behind you. At that moment, I was overwhelmed, trying to keep everyone's order in my head. So I didn’t speak. I didn't use the sarcastic tone I use to use back then, rolling my eyes, and saying something like 'I’m twenty minutes behind' or something that would have made everyone laugh. I didn’t say anything.

"The next day when the undertakers came back, I asked about him and why he said what he did.

“‘He was told by a therapist to do that,' the younger one said.

“But it made me so uncomfortable,” Anna told her friend now.

“Of course, it did,” her friend responded. “We’re all uncomfortable when faced with our own mortality.”

“You’re right,” Anna said. "I felt uncomfortable because he reminded me that I’m dying, too, and that I could be just twenty minutes – or even just twenty seconds - behind him.”

Dear Elvis, my story about love and loss written as a series of letters to Elvis, is available at amzn.to/2uPSFtE