On Memorial Day there were almost 100,000 deaths from COVID-19 in this country alone.

On Memorial Day I watched a video on television in which thousands of people crowded beaches and pools in defiance of social distance. 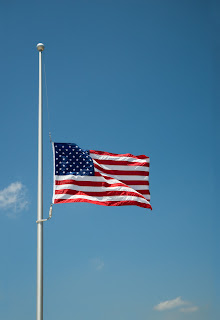 On Memorial Day I watched a video in which a white police officer placed his knee on the neck of a black man for more than seven minutes while the man pleaded for mercy. But none was given.

On Memorial Day I watched a video in which a white woman in Central Park called the police because a black man asked her to put her dog on a leash. After the video went viral the woman lost her job. She apologized. She said she wasn’t a racist. Really?

On Memorial Day I remembered something that happened one day as I was leaving a restaurant where I had just eaten lunch. At the exit I had to turn right to reach my car. I started to turn until, seeing a black man coming from that direction, I decided to walk straight ahead. Then, realizing my ignorance, I turned back again to the right. As we approached one another I smiled and said hello. “God bless you,” he responded. Oh my God, I wondered, could he really have noticed what took only seconds to happen inside my head?

On Memorial Day I found an answer to that question while reading an article written by Shayne Lee, a professor of sociology at the University of Houston in which he said “as a six-foot-three-black man it’s possible that I haven’t gone a day in the last ten years without someone showing fear in my presence. Until something changes, we black men must learn to live with ‘the fearful white gaze.’ We keep our voices down, tiptoe through public space and stifle our fear. We try everything we can to avoid being the next black man in a viral video.

Why is the burden on the innocent?