My five-year-old granddaughter, Chloe, came into my room last week for one of her brief, impromptu visits and to see what I was doing.  As it happened, I was channel surfing.  Chloe asked if she could watch Nick Jr, but I wanted to watch Discovery ID.  We compromised by watching Home Alone.

We sat down together, Chloe beside me, watching the movie until the little boy in the movie, Kevin, slaps himself in the face and screams.  As soon as she saw it, Chloe started laughing.  She laughed so merrily I re-played the scene and then played it again just to hear her laughter. 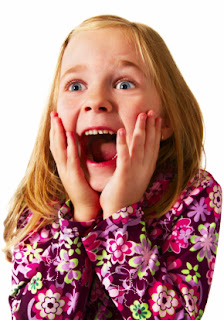 A few minutes later, however, she grew bored again and ran out of the room to find and hit base with her mother. I continued watching the movie until Kevin used the lines from an old movie to scare away the burglars and the pizza delivery boy.

It was no wonder then that when Kristina told us in poetry class that our assignment was to write a list poem, I thought of the movie I was watching the night before.  Kristina explained that a list poem is one created from a list, which could be a list of anything – groceries, things to do, or even a list of book titles.  It didn’t matter.  The point was to take the list and create a poem with it.  So, with the movie still fresh in my head, I decided to write a poem using some of the best movie lines ever written and called it -.

I have always been a sucker for old movies,
great actors, and the lines they speak -
since way back when my sisters took me
to watch Abbott kibitz with Costello.
I cried when Brandon called,
“Shane, Shane, come back.”
Although I was dubious when Brando said
he “coulda been somebody,”
I got Denzel’s
"Explain it to me like I'm a two-year-old."
And never once doubted that
Gable didn’t give a damn.

I felt the slap when Loretta Castorini told
Nick Cage to snap out of it.
But nothing prepared me for the shivers I felt when
Haley Joel said he saw dead people.
I marveled when Marilyn spoke not a word
as she hung onto the side of that pool,
and how Meg needed only one word to show
how delighted she was when Harry met Sally.

But all this thinkin is gittin me plumb tuckered out –
That was a line in a movie once, wasn’t it?
Well, maybe not.
Anyway, that’s all folks,
but I’ll be back – after all
tomorrow is another day
and until then,
may the force be with you.