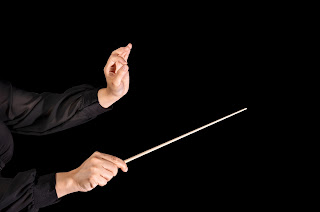 Even though the movie had started, it was dark in the theater when I entered. So dark I had to put my arms in front of me to get my bearings, which is how I felt throughout the movie because this movie, Tar, felt more like a puzzle than a film.

In the first scene, which runs for almost twenty minutes, Lydia Tar, played by Cate Blanchette, is being interviewed by the New Yorker’s Adam Gopnik. Throughout the interview, we see Tar, the conductor of the Berlin Philharmonic Orchestra, as accomplished, brilliant and, for want of a better word, haughty. In the second scene, with a fellow orchestra conductor (a male this time), she moves beyond haughty to condescending. And in the third scene Tar is teaching a seminar at Julliard where she berates a young student after he tells her he’s “just not that into Bach.” This time she comes off as bitchy.

It is at this point that the movie begins to feel like a puzzle. There are too many questions. For instance: a woman named Christa is mentioned. But who is she and why is she at risk?  And why, as I watch Tar progress through the movie, do I feel as though I am watching a skein of yarn unravel?

The answers come slowly. At first, as guesses. And then with an undeniable certainty as the story reaches its dramatic climax.

And I am left gaping.