I woke up this morning, opened my eyes, and looked at the clock. When I saw that it was only 6:30, I smiled. Because it is summertime and because I work for a school district, I am off every day. I have no place to go and am in no hurry to get there, which included not going to the see the fireworks on the Fourth of July. I’ve been there. I’ve done that, I kept telling myself until late last Tuesday night when I heard the pop, pop, popping sounds outside. I ran to my window and saw only one. It was red, white, blue and beautiful. Still, that was enough. I was ready to go back to what I had been doing earlier. 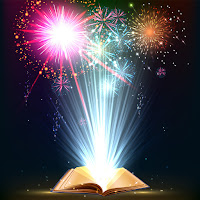 By then, and because I will turn seventy-six this summer, I had decided it was time “to practice retirement,” which for me will mean doing only a lot of reading, writing, walking and meditating.

Since the school year ended I have already read six books, including the very powerful An American Requiem by James Carroll and the beautifully worded Let me be Frank with You by Richard Ford. Currently, I am reading a World War II story called Everyone Brave is Forgiven by Chris Cleave. It is good and I am enjoying a leisurely read, although it is sometimes so good I cannot put it down.

As for writing, I have to confess I haven’t done much lately, primarily because I have recently finished my second book called Dear Elvis. So instead of writing, I am editing – and editing – and editing. I have edited this new book too many times already, although I suspect there is no such thing as too much editing. All I have left to do now is to read the manuscript one more time - out loud and to myself.

I moved recently, a forty-five-minute drive away from my previous residence, away from my work, and away from the park with the one-mile track where I used to walk. While out for breakfast one morning, the waitress told me about a park that is close to the new house. But alas, she said it is a track that is only three-quarters of a mile. Perfect! That leaves plenty of time for meditation, which I usually do in the evening, but sometimes outdoors, on the back porch, while listening to the birds or to wind chimes.

So yes, while summertime and “practicing retirement” can be as exhausting as it was last year (see Au Revoir Paris at http://www.tonimccloe.com/2016/08/au-revoir-paris.html) - it can also be exhilarating.