I Meant to Tell You This -

This week in poetry class, we learned about the ‘letter’ poem, of which there are several types. One example we were given was a poem written about famous people. It was a letter from Persephone to Demeter, written by Rachel Zucker.

Now picture this. It was seven o’clock in the evening. Not late, right? But because I get up for work every day at five a.m., I was dog-tired as Kristina began to explain that some letter poems are written about famous people while others can be written about someone known to us. “You can write about someone present in your life, but currently absent.”  What?  “Pull out your cell phone,” she said, “and look at your contacts.  Find someone you haven’t talked to in a while. Then write about how you feel about the silence between you.”

I looked at my phone, noting there were more than a half dozen people I hadn't talked to a while. “Write it in the first person,” Kristina continued. Then she went back to talking about the first example. “If you choose this one, you’ll have to do research.”

As she spoke, an idea popped into my head from nowhere and I found myself thinking about two famous people:  Katharine Hepburn and Spencer Tracy. Somewhere in the back of my mind, was the memory of a letter Hepburn had written to Tracy. I decided to do the research – but not that night.  I was too tired. I wanted to go home, get into bed and go to sleep.

I went home, got into bed and remained awake. Sentences and phrases from the poem I had yet to write kept running through my head. Sentences like “I would have died for you. (Hepburn actually said that.)  “Why did you have to leave?” (I said that.)  And even more awful sentences like “What I felt for you was unshakable, unbreakable and at times, unbearable.”


I finally managed to get some ‘shuteye’ – if not sleep – and was outside the library when it opened in the morning. Wild horses - and out of control sandmen - could not have kept me away. There were more than half a dozen books in the library on Hepburn and only one about Tracy, although it could probably be counted as two or three since it was just a smidgen shy of a thousand pages. There were, however, no books about the two of them together.

Finally, I found Katharine’s autobiography in which she talks about her love for Spencer Tracy almost as a postscript. She says, “I loved Spencer Tracy. (By the way, so did I.  I loved his passion.  Who could ever forget him in Judgment at Nuremberg or Guess Who’s Coming to Dinner)? “He, his interests, and his demands were first,” Hepburn said. “That wasn’t easy for me because I was definitely a me me me person.” (The title of her book was Me.)

In the autobiography, she wrote about meeting Tracy for the first time on the set of the picture they were about to make together.  “I’m afraid I’m a bit too tall for Mr. Tracy,” she told the director.  “Don’t worry,” he responded, “Mr. Tracy will cut you down to size.” (And cut he did.)

She wrote about the day Tracy died. “I heard you walk down the hall,” she wrote. “I heard you go into the kitchen… there was a sound… a cup falling …then a loud clump…it was you falling to the floor...Yes - it was you.  You were – just -  dead. Suddenly stopped. All at once…The End.”

Finally, I found the letter she wrote after he died. The last two sentences broke my heart. I closed the book. I can’t do this, I thought. I can’t hide behind Tracy and Hepburn. Leave them alone, I told myself. Let them rest. Write your own poem. Write about "someone present in your life, but currently absent." Write from your own experiences, your own feelings.

Ten minutes later it was done: 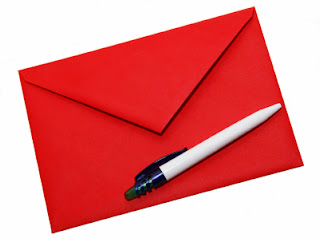 I meant to tell you this-
The last time I saw you.
Do you remember?
You were in that club,
The one you loved so.
I saw your car.
I had not seen you in –
How long?
I couldn't even remember.

I went inside.
You were sitting there,
alone,  a little hunched over,
eyes fixed on the screen across the room.
What are you doing here? you asked,
when you saw me.
I smiled. Stood too close to you,
Stayed too close to you.