From Rome to Termoli with its view of the Adriatic, 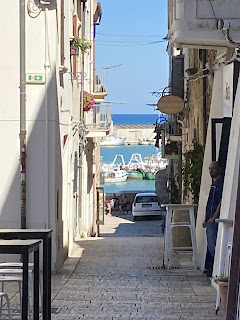 we drove “just over the hill” to San Giacomo degli Schiavoni, the town with the long name and only three streets. The town with a population (today) of less than 1500, where my father lived between the ages of three and eighteen. We went to find the house he built in the Sixties. 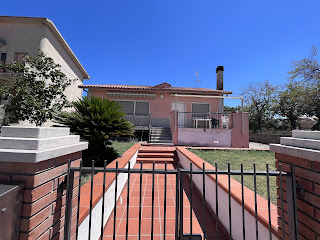 Afterward, we drove to Venice.

I didn't like Venice. I didn't like the canal. It was just a body of water, and I'd seen better bodies of water in Paris six years earlier, and in Switzerland as we drove passed the mountain lakes near Luzerne.

But then we went to the old part of the city, to that part of the city that had no water and no tourists either. To that part of Venice (called Mestre) where I ate smoked salmon and (would you believe) Philadelphia cream cheese on a croissant, and where I bought a blue dress I fell (quite literally, but didn't get hurt!) in love with.

Then we went to Padua because I wanted to pray in the church dedicated to my patron, Saint Anthony. 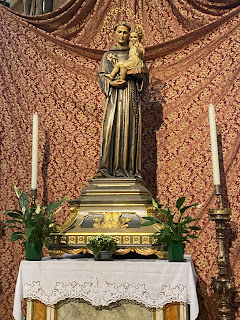 And finally, we started the long drive back to Darmstadt!