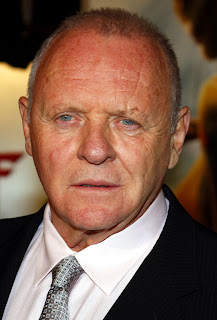 The last movie I saw was a terrifying horror movie. Not terrifying the way people kept disappearing in the movie Get Out, or the way the home invaders in the movie Us turned out to be all too familiar. It was terrifying because of its brutal – and brutally honest - depiction of an elderly man’s descent into dementia, and because I am at an age when dementia may be looming on the horizon.

The movie, Florian Zeller’s The Father starring Anthony Hopkins, is a story about an independent and stubborn elderly man who is, at least in the beginning, living in his own flat in London. When his daughter, Anne, arrives he refuses to accept the help she is trying to provide in the form of a live-in caretaker. Hopkins, whose character’s name is also Anthony, tells his daughter the caretaker won’t work because, among her other faults, she has stolen his watch, an instrument he obsesses over throughout the movie as though knowing the time is something that can secure his (and our) grasp on reality.

After Anne leaves, Anthony emerges from his kitchen to find a strange man sitting in his living room, a man who tells Anthony he is Anne’s husband and that they are living, not in Anthony’s flat but in one that belongs to the couple. When Anne returns to the flat, Anthony (and I) fail to recognize her. That’s not the same woman, I thought as I gaped at her in confusion. What’s happening here?

My confusion intensified when an entirely different man is introduced as Anne’s husband (and I was left to wonder if Anne has divorced and remarried). This man cruelly accuses Anthony of ruining Anne’s life and his treatment of Anthony deteriorates from there. (When the same man appears in the background of another scene close to the end of the movie - this time not as Anne’s husband, but as an employee in a nursing home  - a chill ran through me.)

In the final scene of the movie, I watched as Anthony fully realizes the horror of the situation he is in and, as he begins to cry out for his mother, I became aware of two things simultaneously. First, of this man’s extraordinary acting ability, of how, as one critic put it, “all of the magic happens above his neck,” and second, of a real-life man who, with a knee to his neck, also cried out for his mother.

As the credits rolled, I got up from my seat (Did I mention I was the only person in that theater that afternoon?) and walked toward the lobby where I sought the eyes of anyone who would return my gaze, needing at that moment to be, not just fully present, but also seen.