Come to the Edge

As I’ve mentioned before I love listening to NPR radio because I learn so much. And not just about politics and pandemics.

Earlier this week I listened to a story about the Seine River in Paris. When I visited Paris (Psychobabblings of a Middle Child : Au Revoir #Paris! (tonimccloe.com) I didn’t expect to fall in love with that city, but I did.

The report on NPR was about a woman who often escapes her apartment during the pandemic to walk along the Seine. In one such excursion, she came across a miniature copy of the Statue of Liberty. After the original statue was created, she said, it sailed down the Seine on its way to the Atlantic Ocean and America. And that a fire barge,  sailed up that river to help put out the fire when Notre Dame was burning. Listening to that report made me think about how connected we all are and how, spiritually, we are all one.

Earlier that day I listened as Dr. Dan Gottlieb, a psychologist, talked about how difficult 2020 was. To remind himself of how resilient we humans are, he said he keeps a copy of a poem in his office, a poem by Christopher Logue called “Come to the Edge.” 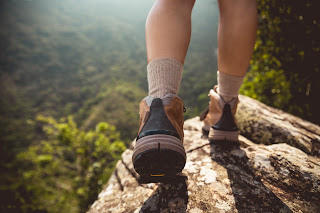 Happy New Year, Everyone. This year we will fly.

I wrote the above post before the events that occurred in Washington, D. C. on January 6, the feast of the Epiphany, a day when many working in our nation's Capitol experienced an epiphany of their own. Despite those events, I stand by my last line.