I often look, during the week, for inspiration to write a post for this blog on the weekend, and I most often find it from the people around me. But this week, when I sat in front of my computer, I was stumped. It’s okay, I thought, you can take some time off. You are, after all, on holiday.
Then, early on Sunday morning as I was driving to an early Mass, I told myself to stay alert and to look carefully at the world around me, and what I saw moving from one side of the road to the other, was first a squirrel, then a rabbit, and finally a bright red cardinal chasing a sparrow. 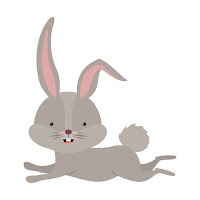 It was at that point that I laughed and turned on the radio to listen to NPR’s On Being. I was listening for only a few minutes when I realized I was listening to a voice I had heard before, even though I had never heard him speak out loud.
During a brief break, the host, Krista Tippett, introduced her guest as physician-author Abraham Verghese and I smiled when I heard his name because I knew it was he who had written the introduction to one of my favorite books, Paul Kalanithi's When Breath Becomes Air. (www.tonimccloe.com/2016/05/when-breath-becomes-air-review.html).
Midway through the show, which was about “rethinking success,” Ms. Tippett opened the microphone to the audience and to a young man who asked Dr. Verghese to talk about a time in his life when he felt as though he had failed. Dr Verghese spoke about attending medical school in Ethiopia until a civil war broke out in that country. Feeling “adrift” and as though “it was the worst thing that could’ve happened,” he decided to leave Ethiopia and join his parents in New Jersey where circumstances forced him to work as an orderly.
“And I think,” he said, "it was the hardest part of my life.” He said he felt like a failure. “But I look back now, and if I have any sort of reputation in America, I think it’s come from the fact that I got to see what happens to the patient in the 23 hours and 57 minutes that the doctors are not in the room.” (And, if Dr. Verghese has a reputation in this country, it is in part because of his empathy.)
As I listened to Dr Verghese, I wondered what I would list as my biggest failure. Certainly, I realized, there are too many to list, both in life and in my relationships. But like the doctor I’ve learned that failure can lead to success, and I’ve learned, too, to surround myself with friends who inspire and offer encouragement instead of judgment, and trust instead of doubt.


My memoir, Dear Elvis, <>a story about love and loss written as a series of letters to Elvis, can be found at http://amzn.to/2uPSFtE.