The Love U Keep


It begins with strings:

Andrew: “Do you mind this music? Do you like opera?”
Joe: “I am not that familiar with opera, Andrew.”
Andrew: “This is my favorite aria.”
A female voice begins to sing “La Mamma Morta” as Andrew tells Joe the name of the singer, the opera, the composer:

Callas sings, Joe looks at his watch, and Andrew continues:
“This is Maddalena saying how
during the French Revolution
a mob set fire to her house
and her mother died
– saving her.”
The music slows.
“Do you hear the heartache in her voice? Can you feel it, Joe?”

The music reaches a crescendo and Andrew bends from the middle as though wounded by the single cello that echoes Maddalena’s grief.

The camera moves back and shoots from above Andrew’s head and we see the IV pole he is holding. Andrew is dying. He is emaciated. “I was alone,” Andrew continues, explaining it to Joe (as though he were a two-year-old).

“Surrounded by nothingness.
Hunger and misery.
Until love found me and said
‘Live!
You must live.
Heaven is in my eyes.
You are not alone.’”

There is a fireplace in the room casting light and shadow across Joe’s face until, as we watch, Joe not only feels it, he becomes one with it. 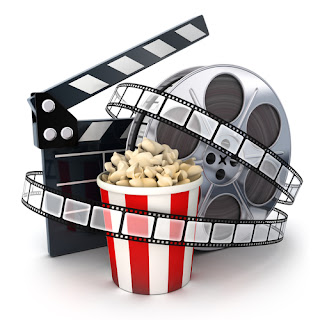 The above is, of course, a scene from the movie Philadelphia with Tom Hanks and Denzel Washington, and until last week, it was my all-time favorite movie scene (especially because it is followed by a scene in which Joe goes home, and sees his infant daughter and his wife with new eyes).

I say “until last week” because that was when I saw a scene that rivals the one above as my favorite. The movie is George Tillman Jr’s The Hate U Give, a story about an African American teenager who moves back and forth between her wealthy, white prep school, and her poor black neighborhood and family. Starr Carter (Amandla Stenberg) is the daughter of a strong mother (Regina Hall) and a loving father (Russell Hornsby) who teaches his children both black pride and how to behave in case they are stopped by a policeman.

But Starr’s childhood friend Khalil (Algee Smith) has had no such training and Starr is forced to watch as Khalil, who reaches for a hairbrush, is fatally shot by a policeman. At first Starr is traumatized, then enraged, and finally, she is forced to act.

In the scene I loved, Starr faces her white, prep-school boyfriend, Chris (KJ Apa), who tells her, “I don’t see color. I see people.”

“I see you,” Chris says gently as he touches his hand to her face.


And with that Tillman tells us that it is not enough to just see "blackness." We must also isolate and recognize its beauty and applaud its courage.


My memoir, Dear Elvis, a story about grief and loss can be found at amzn.to/2uPSFtE
Posted by Toni McCloe at 11:16 AM