Right Where He's Always Been

I had trouble falling asleep one night last week. I was thinking about a conversation held earlier that day as my co-workers and I sat around a table in the break room.

“Where did you get that?” I asked one of them as he unwrapped a sandwich. Then, “I didn’t know there was a restaurant there,” I said after he told me.

“Everything changes,” someone said.

“Not everything,” I replied. “The motorcycle shop is still there. Still right where it’s always been.”

“It’s gone,” someone else said. 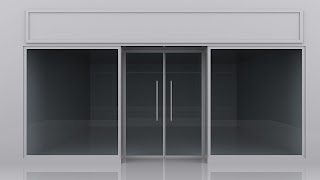 A day or two later as I drove down that road looking at the empty windows where the shop had been, I remembered when Nathan (my ex) bought a motorcycle there in the late Sixties and how a day or two later I went with him to get a helmet for me.

While Nathan talked to the owner, I walked to the drugstore on the corner. I was about to enter the store when I stopped to look down the street. And, as I did, I was overcome with a feeling of déjà vu, even though I’d never been down that street before. But perhaps it wasn’t déjà vu after all. Perhaps it was precognition since I later worked in a restaurant on that street while living in an apartment above it.

Not everything, I heard him say. I’m still right here beside you. Right here where I’ve always been.