I recently became a member of a group called The Wine & Book Club, a group that meets once a month at an Italian restaurant nearby. During one of our meetings, we discussed Little Fires Everywhere by Celeste Ng. I was excited to read this book because I had read Ng’s first book, Everything I Never Told You, and loved it. 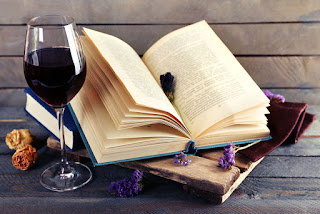 During the discussion, one of the members mentioned John Irving and Ernest Hemingway and I had to admit that I had never read either of them. Which is a statement that may not be completely true because now that I think about it, I did once start a book by Hemingway.

It was a long time ago, 1960, and I had just entered a convent. During the first few weeks, the other postulates and I were often left with too much unstructured time. I was bored until one of the other girls let me borrow two of the books she had placed into her trunk and brought with her. One of the books was The Dubliners by James Joyce, the other was a book by Hemingway with a title I have long since forgotten.

We were all sitting (in silence) in a large community room one autumn afternoon when I opened the Hemingway book and started reading.  I was only a few pages into it when I came to a paragraph that contained the f*** word. I was so stunned and felt so guilty, I slammed the book shut and never opened it again.

Reading this post back to myself, I find that I have, as usual, gone off onto too many tangents. Unlike a friend of mine who, during the months that I’ve known him, has told me stories about himself and his life. And as I’ve listened, I’ve been amazed at how very linear his mind is, always moving from “A” to “B” to “C,” from the beginning of a story to its logical end without ever going off course, and as I’ve listened, I have most often stood there and wondered, How does he do that?

Email ThisBlogThis!Share to TwitterShare to FacebookShare to Pinterest
Labels: #amreading