An Excerpt from Rude Awakening

The following is an excerpt from my memoir, Rude Awakening, which is available from Amazon at
amzn.to/2A3nEEW

Chapter 18
In Solitude and In Silence

In high school, I started going to daily Mass. I had always loved the mysterious and exotic sounds of the Latin Mass. I found beauty in the ritual and comfort in its repetition. When the bells rang three times at the start of the Consecration, the vibrations between each brought me to a sweet, sacred silence in which I felt as though I existed inside the mind of God and, just before graduation, I became convinced that I should enter a convent.

As summer ended and the day I was to leave arrived, it became increasingly important to me to spend my last hours at home under the awning over the front patio. That, however, turned out to be impossible because that was the day hurricane Donna, which had slammed into the Florida Keys and blown its way north, slipped into Philadelphia in the middle of the night...

In the morning, I awoke to the sound of raindrops pounding themselves against the windowpanes of my room. As I dressed, things seemed to be happening slowly. It was almost as though they were happening in slow motion and underwater.

I donned the black dress and regulation undergarments that were to become my uniform, then joined my parents in the dining room. Later as the three of us rode toward Chestnut Hill, we sat in silence. When we arrived, my father dropped my mother and me off at the door while he parked the car. My mother and I ran toward the entrance, but a gust of wind forced the rain against our backs, and we were soaked through before making it inside. (Back at home, as I later learned, the wind had just ripped the green canvas awning in two.)... 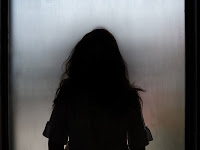 More than one hundred girls entered the convent with me that day, and although a new building had been built to accommodate all of us, it wasn’t quite complete when we arrived. There was also a delay in the arrival of our textbooks and classes were postponed indefinitely. As a result, we were left with a surprising amount of unstructured time.

If I had entered the convent hoping for intimacy and solitude, our numbers alone made that impossible. Just as in high school, I was desperate to make connections with others but found it impossible to initiate conversations. My sense of isolation heightened. There were no radios, no telephones, and no clocks in the convent, and I felt trapped inside. Never knowing the time made reality feel gossamer.

We slept in one large room on the second floor of the new building that was partitioned into tiny cells, one for each of us. At night, I would lay there, listening as too many of the other girls, all of them homesick, cried themselves to sleep. Most of the girls tried to muffle the sounds by crying into their pillows, but it didn’t help much. I never cried. Instead, I lay there, still and silent as my mind raced in every direction until finally I was convinced there was some trick to falling asleep that I had forgotten.

One night, I heard the sound of a church bell as it tolled two, three, and finally four times before I fell asleep. On another night, the ordinary sound of a car passing was enough to comfort me, and I felt less alone...until one night when I stayed awake trying to imagine what the future would hold for me if I left. Somehow, I knew there was something out there waiting for me...