The Good, the Bad and the Ugly

Two weeks ago, I stood in the driveway of my home waving the rest of the family off to the shore.  As soon as they left, I went back into the house and sat at the computer typing furiously for the next five hours until I decided I needed a break.  Off I went to one of my two favorite restaurants where the 6-oz steak specials look bigger every week.

While I waited for my dinner, I sat reading a book, Flight Behavior by Barbara Kingsolver, in which a woman tries to save a baby lamb who is not that much into being saved.  Against all odds, she gets the lamb to breathe, all the while knowing it will eventually end up on somebody’s table.  As I continued reading, turning the pages of my Kindle furiously, I realized I was crying.  How long has it been since the last time I cried? I wondered, So long ago, I couldn’t remember.

Going home, I drove a little too quickly, anxious to get back to the story I‘d been writing when an unwelcome thought popped into my head:  I think I locked myself out of the house. It’s not so hard now to remember the last time I cried.

I had lost my house key earlier in the week.  Now I searched my memory trying to remember if I had locked the door when I left.  I was sure I had.  Good Lord, I thought. Am I really going to be locked out for an entire week? 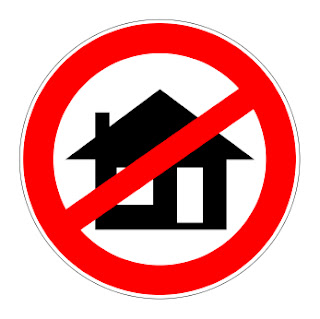 After pulling into the driveway, I noticed the first floor bathroom window was open. The problem with that open window was there was a slanting roof beside it that would make getting through it precarious.  Too bad, I thought, determined to get into the house at any cost.  Luckily, I had worn my sneakers (instead of those ten-dollar flip-flops).  I grabbed a chair and walked up the roof sideways.

The screen in the window lifted easily.  I grabbed hold of the windowsill and lifted the window as high as it would go.  It was a narrow opening, but I was sure I could get through it.  However, because one foot was higher than the other was, I decided I had to go through the window headfirst.

My head and shoulders were already inside when I noticed the toilet was a lot further away than I’d thought it would be.  I eased myself in anyway and within seconds was in up to my waist, moving too fast.  I slammed the seat down.  Too late, I noticed the distance between the sill and the seat was more than twenty-four inches.  Feeling like a plane taking a nosedive, I decided to keep going even though the toilet looked as though it were shrinking or moving further and further away from me.

I positioned my right elbow and forearm to use as landing gear while my left hand flapped up and down for balance.  At the last minute, however, my elbow slipped off the seat and my right shoulder hit the floor followed by the rest of my body with the exception of my left leg, which was tangled around the commode. After the first startling moment, I remembered my age (Have I mentioned I’m seventy-one?) and checked for broken bones.  There were none, but the bruises that appeared on my left leg the next day were large and ugly.

Now for the good part!
After all that brutality, I agreed readily when my daughter invited me to a massage party she was attending.  It was my first massage and the first time (despite having lived through the Sixties) I ever attended a party naked. Of the seven women attending, I was the first to volunteer for the table.

The party was held in a friend’s backyard beside her swimming pool on one of those absolutely perfect summer days with plenty of sunshine and no humidity.  I listened intently to the soothing sounds of the Enya music playing in the background and, as the massage therapist moved her hands between my lower and upper back, I felt my body begin to relax. Then she hit the spot where my shoulder hit the ground two weeks earlier.  Every time she hit it, I felt vibrations, tiny ripples that moved from my shoulders down through my arms and out through my fingertips.

Oh my God, I thought, am I supposed to be feeling this?  Who cares, I thought next as I continued to enjoy the sensations of having my body pushed and pulled in every direction and, as another guest said later, it hurt so good!  Certainly better, I thought, than flying through windows headfirst.